Online-Event: AGENTS OF CHANGE FOR A BETTER FUTURE: An evening with Dr. Jane Goodall 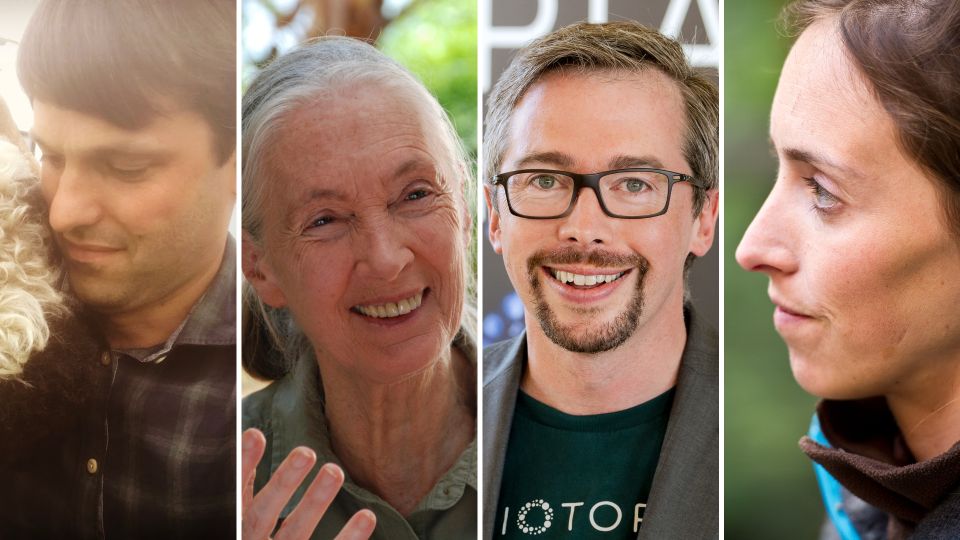 AGENTS OF CHANGE FOR A BETTER FUTURE: An evening with Dr. Jane Goodall

The fourth event from the series: ESCAPING EXTINCTION | ÜBER:LEBEN

Climate change, biodiversity loss, and global pollution are among the biggest human-made threats to our planet. To tackle these challenges and meet our responsibility to leave a habitable planet for future generations, we need to rethink and change our individual and collective behavior.

Our guest Dr. Jane Goodall states that “you cannot get through a single day without having an impact on the world around you. What you do makes a difference, and you have to decide what kind of difference you want to make.” Her powerful message “think global, act local” is one of the topics we want to explore in this BIOTOPIA event from the series ESCAPING EXTINCTION with speakers Dr. Jane Goodall, Dr. Auguste von Bayern, Dr. Nikolas Fricke and Prof. Dr. Michael John Gorman.

The event will be held in English with simultaneous translation into German.

UN peace ambassador Dr. Jane Goodall has been campaigning for environmental protection and animal welfare for decades, and she is particularly committed to inspiring young people. She is joined by ornithologist Dr. Auguste Princess of Bavaria, chairwoman of the board of the friends of BIOTOPIA, and Dr. Nikolas Fricke, sustainability manager at Werksviertel-Mitte who is responsible for the concept of the alpine pasture school and their sheep. Two students, Paula and Lena, who are involved in the Roots & Shoots group Munich-West "Die Würmranger", will take the opportunity to put their questions to Jane Goodall. BIOTOPIA founding director Prof. Dr. Michael John Gorman will moderate the evening.

On this occasion, Dr. Jane Goodall will receive the Prix International Pour Les Enfants of the Otto Eckart Foundation, endowed with 10,000 euros, and will donate the prize to the German children's and youth program Roots&Shoots. The Otto Eckart Foundation honors Jane Goodall in particular for her outstanding personal commitment to animating and inspiring children and young people for the preservation of our environment, biodiversity and the ecosystem. In the "Roots and Shoots" movement, which she founded, more than 150.000 young people in almost 100 countries are now active in numerous local initiatives to bring about something good for a better life in harmony with nature in their immediate surroundings," said the Foundation Board, explaining its decision.

We are also pleased to report that the Munich-based Horst Rohde Foundation for Humans and Animals has decided to support the work of the Würmranger with a donation of 2,500 euros. 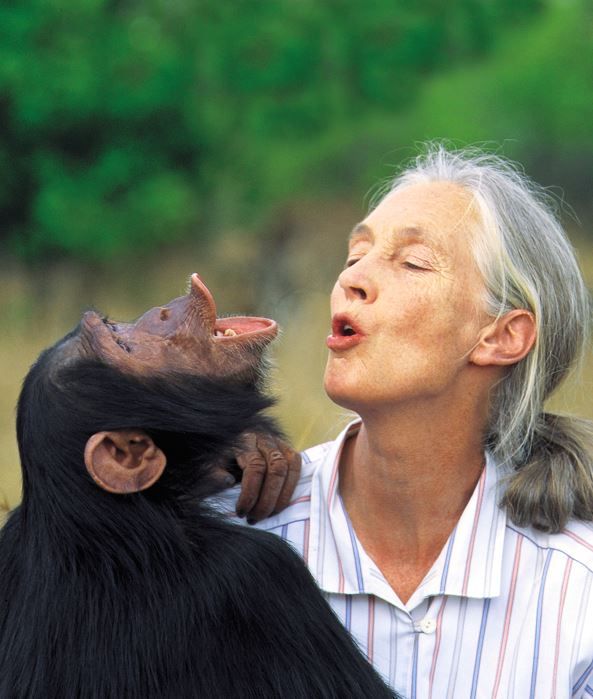 Dr Jane Goodall has been a UN Messenger of Peace since 2002 and helps the United Nations to draw attention to environmental issues. The "Queen of Conservation", age 87, is still active 24/7. As "virtual Jane", she is defying the current pandemic. With her podcasts, online talks, audio books and interviews, her message reaches more people than ever; she gives hope and inspires: "... to use the gift of our lives to make the world a little better...". In parallel to her rise as the world's leading primatologist, Jane Goodall has also almost incidentally redefined conventional conservation and environmental protection. In order to put her research in Gombe on a stable financial footing, she founded the "Jane Goodall Institute" in the USA in 1977. In the meantime, 30 Jane Goodall Institutes around the world are committed to comprehensive nature and species conservation, education in sustainable development and global development cooperation. Jane Goodall never tires of repeating that her greatest hope for the future is the commitment of young people. In 1991, she founded the children's and youth program "Roots & Shoots" in Tanzania, in which more than 150,000 children and young people in almost 100 countries are positively changing their everyday environment and actively shaping the future. 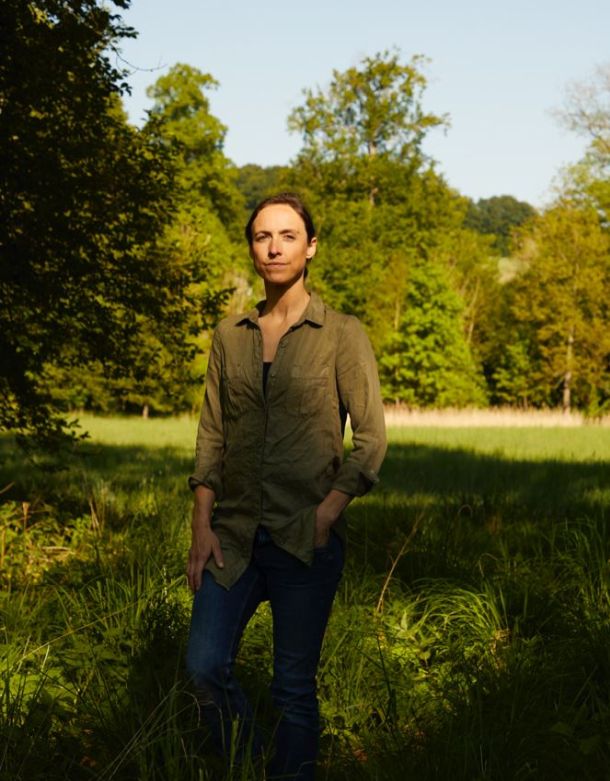 Dr Auguste von Bayern studied biology in Munich and holds a degree in zoology from the University of Cape Town in South Africa. After completing her PhD in social intelligence of jackdaws at the University of Cambridge, she was a postdoctoral researcher in the Behavioural Ecology Research Group in the Zoology Department at the University of Oxford. Since 2014, she has been leading a research group in comparative cognitive biology at the Max Planck Institute for Ornithology, Seewiesen, as well as a research station on Tenerife studying the cognitive abilities of parrots.  Auguste is involved as chair of the board of BIOTOPIA e.V., an association she founded to give the innovative BIOTOPIA museum the necessary political and public impetus. 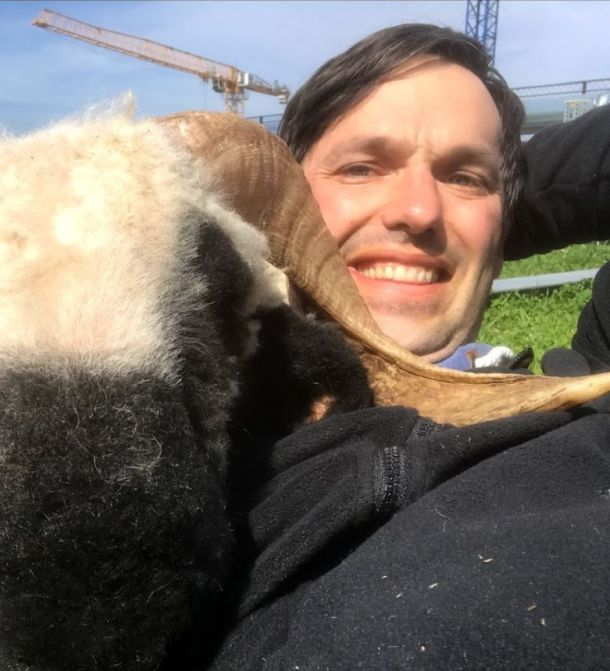 Dr Nikolas Fricke studied agriculture and sustainable resource management at the Technical University of Munich and earned his doctorate in economic geography at the Catholic University of Eichstätt-Ingolstadt. His research trips to all climate zones of this Earth have given the systems ecologist far-reaching insights into the complex interplay between humans and nature. Scientific highlights include two expeditions to the Arctic Ocean and numerous research visits to Central Africa as well as his studies on conflict transformation through environmental education measures in Israel, Palestine and Jordan. Currently, Nikolas works as a senior sustainability manager in the Munich urban development project Werksviertel-Mitte (www.werksviertel-mitte.de). To make this area sustainable, Nikolas initiated the Werksviertel-Mitte climate protection alliance and co-founded the innovation and research program. 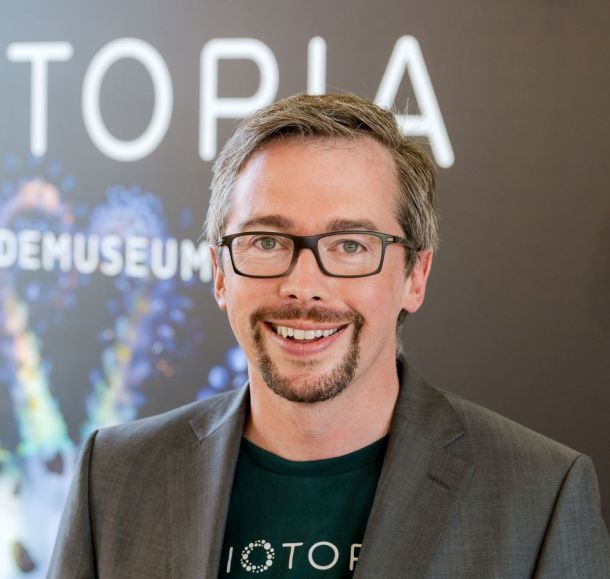 Prof. Dr. Michael John Gorman has been the founding director of BIOTOPIA - Naturkundemuseum Bayern since October 2015, as well as chair of Life Sciences in Society at Ludwig-Maximilians-Universität. Michael John was born in Ireland, studied physics and philosophy at Oxford, received his PhD in the history of science in Florence and worked at the Massachusetts Institute of Technology, Harvard and Stanford. Before coming to Munich to join BIOTOPIA, he was the founding director of the Science Gallery at Trinity College Dublin, a platform for creative collaboration between science and art that connects young people with cutting-edge research.