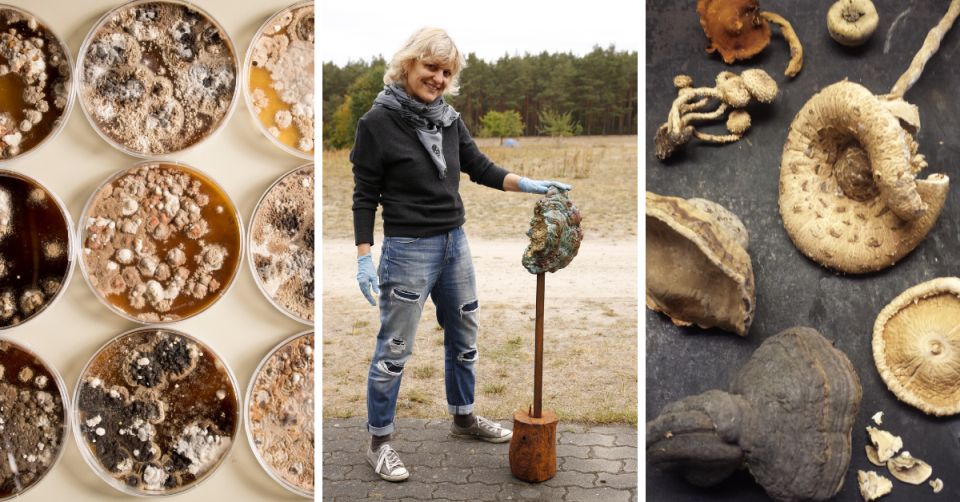 FUNGI BETWEEN SCIENCE AND ART WITH PROF. DR. VERA MEYER

Scientist and artist Vera Meyer, Professor of Applied and Molecular Microbiology at TU Berlin and founder of the SciArt collective MY-CO-X, in conversation with BIOTOPIA Founding Director Prof. Michael John Gorman about fungi as a material of the future and innovation at the interface of science and art.

The event will be held in German. Admission is free.

Prof. Dr. Vera Meyer talks about her passion for bringing science and art together, as well as her exciting next projects at this interface, in conjunction with the "Fungi for Future" exhibition at the new BIOTOPIA Lab.

Fungi are used in biotechnology to produce antibiotics, immunosuppressants, cholesterol-lowering drugs, antimalarials, insulin, prebiotics, pigments, organic acids, enzymes, polyunsaturated fatty acids, vitamins, and more. They can be produced on the basis of renewable plant raw materials - the potential to use fungi in other industries, e.g. as packaging materials, building materials or even leather, is huge.

Meyer's recently completed project, "Mind the Fungi," explored this very topic, expanding natural science research with artistic and design-based approaches. In collaboration with the Institute of Biotechnology at TU Berlin, Art Laboratory Berlin and FUTURIUM, Berlin citizens, artists and designers participated as constructive idea generators and critical communicators of scientific questions in research on new technologies for fungus- and lichen-based materials of the future. The project results have been published under the same title (ed. Vera Meyer & Regine Rapp) by the Universitätsverlag of the TU Berlin and are available free of charge as a digital publication. 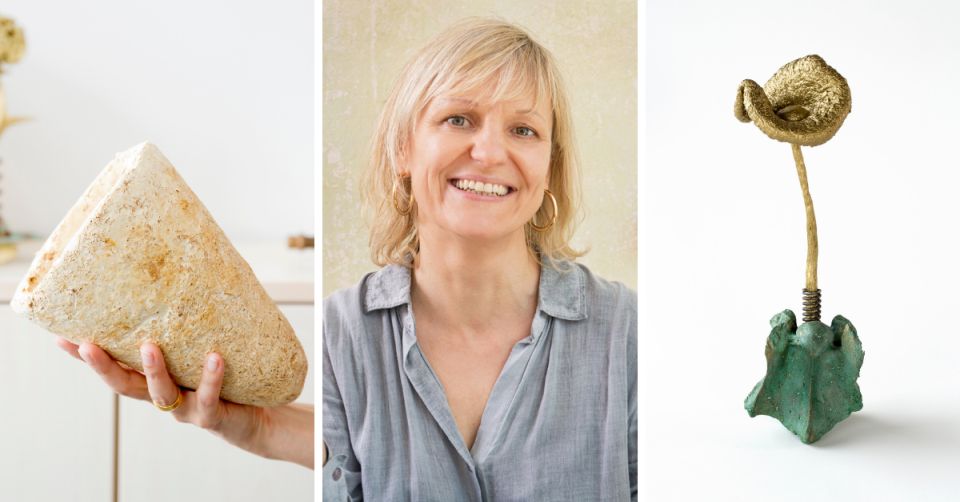 After establishing this new, innovative and interdisciplinary field of research at the university, Meyer continued to build on her passion for the interplay between science and art: She founded the SciArt collective MY-CO-X and is already planning the next exciting projects, which she will talk about in an interview with BIOTOPIA founding director Professor Michael John Gorman. She considers the mycelial web of fungi to be the ideal metaphor for the way we should innovate transdisciplinarily and collaboratively, and calls on artists and citizens to get involved in scientific issues.

Prof. Dr. Vera Meyer received her PhD from the Department of Microbiology and Genetics at TU Berlin, did research at Imperial College in London, and after an assistant professorship at Leiden University came back to Berlin, where she has been head of the Department of Applied and Molecular Microbiology at the Institute of Biotechnology as a professor since 2011. The focus of her scientific work is research on the cell factory Aspergillus niger. Meyer is active as an artist herself under the pseudonym V.meer and has been involved in sculpture and object art for years, drawing inspiration from biology.