Installation in the BIOTOPIA Lab 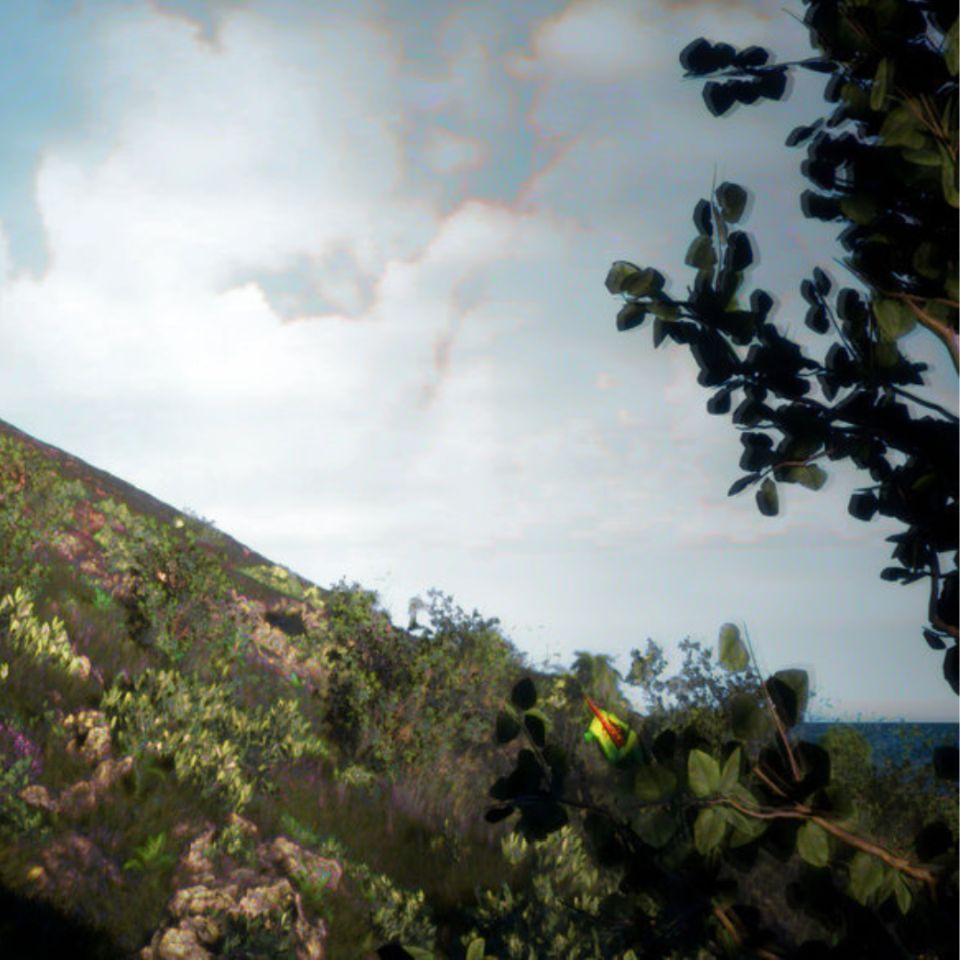 Our current installation revolves around the scent of extinct plants. The installation "Resurrecting the Sublime" by Christina Agapakis, Alexandra Daisy Ginsberg and Sissel Tolaas allows visitors to smell extinct flowers that have been eradicated by colonial activities. The exhibition not only offers an unexpected glimpse into what has been lost, but also challenges us to reflect on our own actions...

Stay tuned for an exhibition that will expand your senses!

The Smell of Extinction

Smelling is essential for the survival of many living creatures. Compared to dogs, moths or salmon, humans do not have a particularly good sense of smell. However, we also experience the world around us with our nose. Smells – whether an attractive scent or a repulsive stench – trigger strong emotions in us. Hardly any other sensory experience remains in our memory as long and as intensely. But what if we could smell some- thing that no longer exists?

The installation “Resurrecting the Sublime” – created through a unique collaboration between artist Alexandra Daisy Ginsberg, smell provocateur Sissel Tolaas and biologist Christina Agapakis – provides a fleeting glimpse into a world long gone: it brings to life the smell of a plant whose last olfactory traces disappeared over a century ago due to human activity. 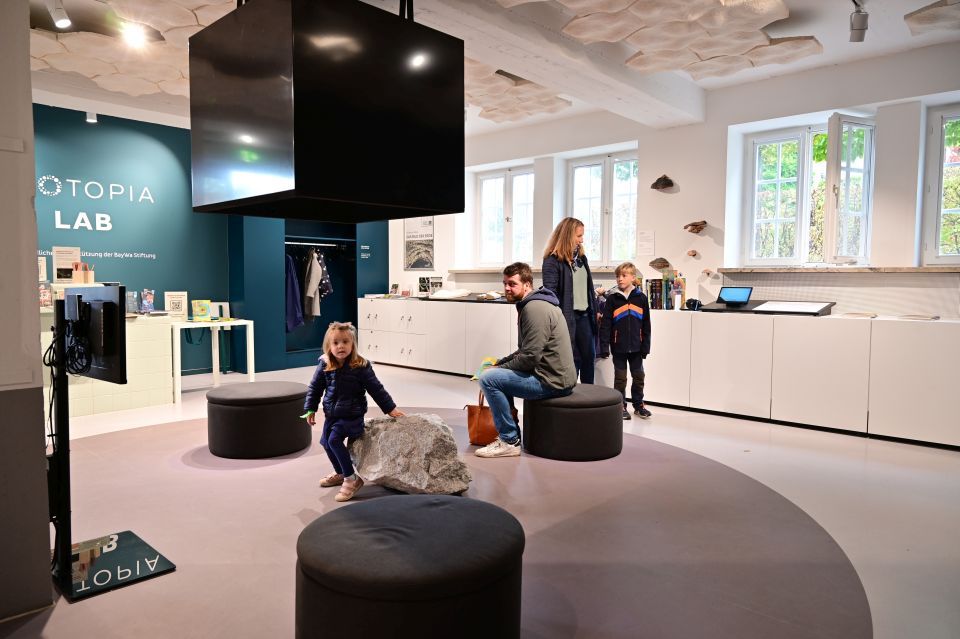 The sublime of experiencing nature: reduced by human hands to fragile remnants in a herbarium, the sensory revival of this long-extinct plant reveals not only the romantic experience of the immense beauty of nature, but also the irrevocable consequences of our human actions – now and in the future.

Art at the interface with life science research

On granite stones, visitors to the BIOTOPIA Lab can take in the smell of Leucadendron grandiflorum (Salisb.) R. Br. emanating from a scent booth. A brief visualization graphically approximates the plant's habitat. Originally native to Africa, this shrub was last seen as a living plant in 1806 in the garden of a private collector in London. Since then, it has been considered extinct.

More than a century later, scientists have extracted "olfactory genes" from the fragile remains. With their help, Sissel Tolaas was able to reconstruct how the extinct shrub might have smelled. Nevertheless, the plant remains irretrievably lost, a fact that the sensory experience of "Resurrecting the Sublime" directly conveys to visitors. The extinction of species thus becomes downright tangible and raises the question of how it came about and how we will deal with it. In addition to the installation, a six-minute documentary film explains the genesis of the artwork.

To date, the installation "Resurecting the Sublime" has been on view at the Philadelphia Museum of Art, the Centre Pompidou in Paris, the Architecture Biennale in Venice, and the Natural History Museum in Bern.

Looking back at past pop-up exhibitions

THE (IN)VISIBLE POWER OF FUNGI 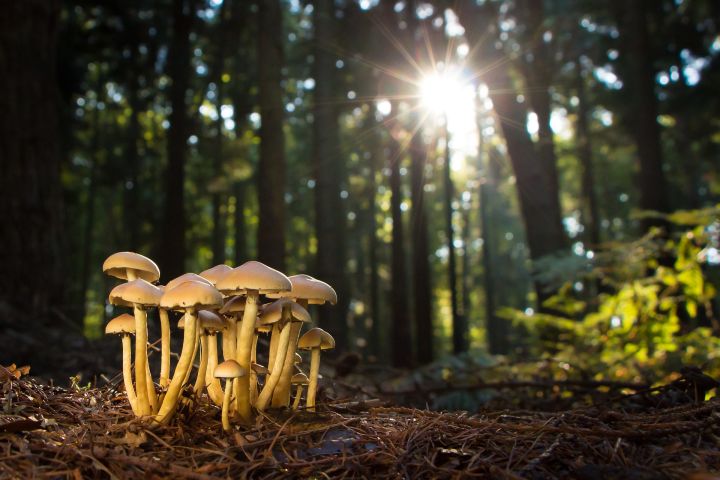 When you think of mushrooms, you might think of the typical mushrooms in the forest, like here: but mushrooms have a lot more to offer!

The world of fungi is immensely diverse. It is estimated that there are up to 3.8 million species of fungi-over 90 per cent of which may still be unknown. Just as plants and animals make up two kingdoms of life, fungi make up their own kingdom in nature.

Fungi are present everywhere in our environment: we inhale fungal spores floating in the air with every breath, they can be found in our bodies and on our skin, as mould on fruit and in buildings, as yeast in beer and bread, as a widely branched mycelium network under the earth or in lichens on trees and stones.

Insights into the pop-up exhibition "Fungi for Future

In this video Tanja Seiner, designer and curator of the pop up exhibition "Fungi for Future" and Dr. Dora Dzvonyar, director of the BIOTOPIA Lab, show you some highlights of our fungi exhibition. Find out how vegan sneakers and building materials made from fungi can influence our future and what else the largely unexplored realm of fungi has to offer...
[German with English subtitles] 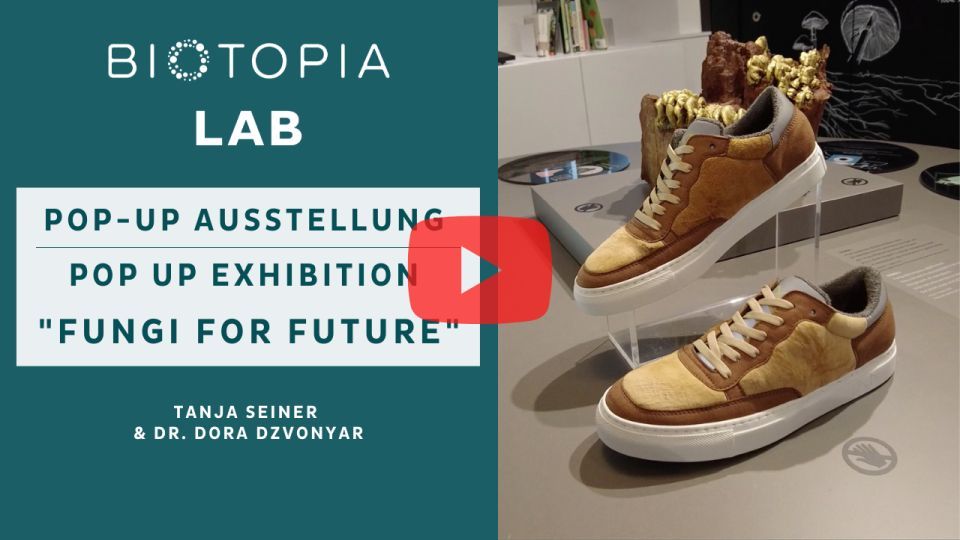 The Power of Fungi

Fungi can be harmful and cause serious diseases in plants, animals and people. At the same time, life as we know it would not be possible without them: as decomposers, they convert organic waste back into the cycle of life.

Humans have always made use of fungi in many ways and are still discovering more and more species in this largely unexplored realm of organisms. This leads to promising applications for our future, such as new materials that could replace plastics and open up a path to an oil-free future.

The more we learn about these organisms, the clearer it becomes how they shape our everyday lives.

Discover with us the power of these fascinating organisms! 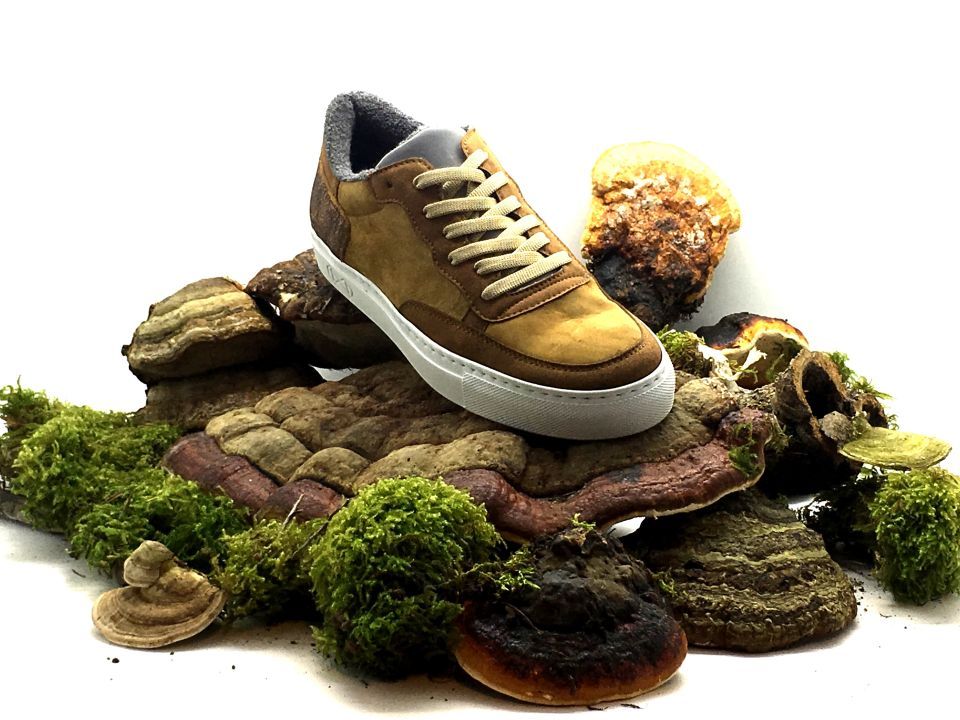 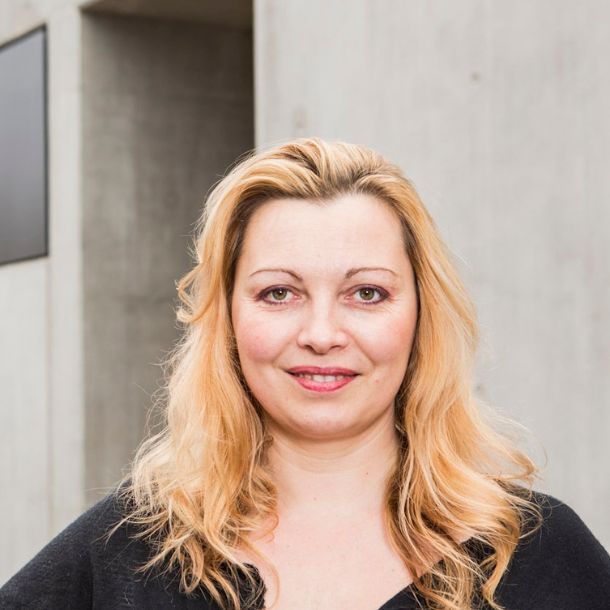 Glimpse behind the scenes with Carole Collet

Carole Collet is a professor of sustainable design and conducts research at the intersection of life sciences and design to develop new sustainable materials and forms of production. In our pop-up exhibition, we show two of her textile collections made from mushroom materials. We interviewed her about her work. 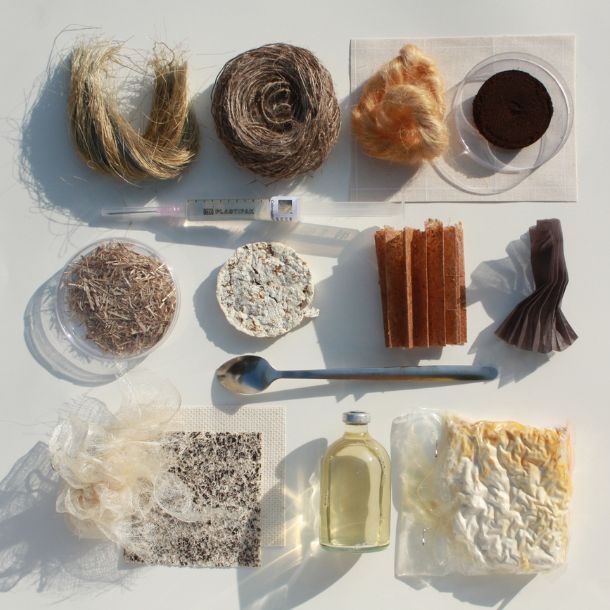 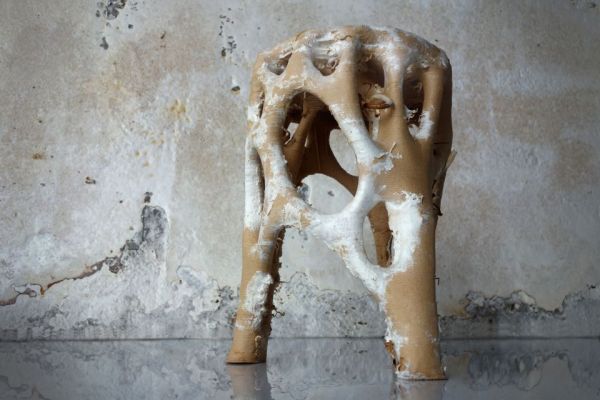 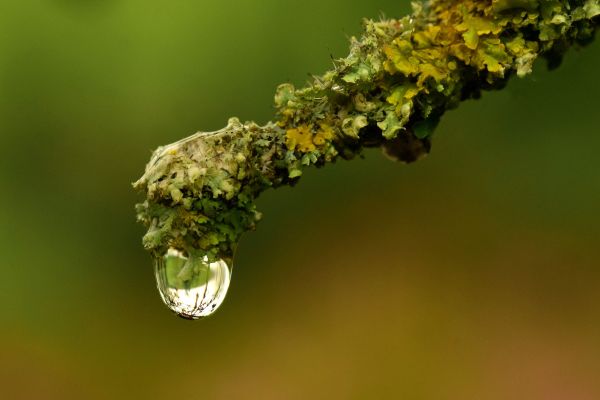 Lichen is a symbiotic community of fungi and green algae and / or cyanobacteria. 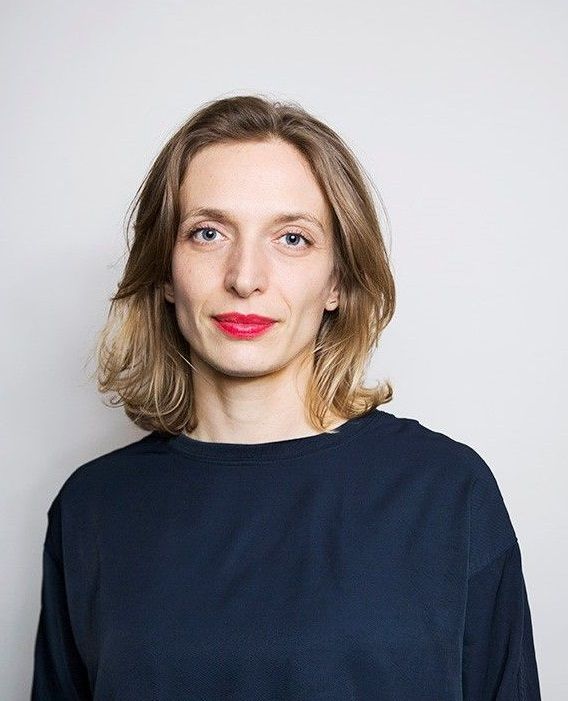 'The variety of appearances and functions of fungi is incredibly large throughout the living world in nature as well as in human everyday life. It remains exciting for the future to see how much potential lies dormant in this still largely unexplored realm of organisms.'

In her exhibitions, the designer and curator Tanja Seiner investigates current and potential future living environments through the perspectives of science, design and art.

Tanja Seiner has lectured at various universities and is co-founder of the studio UnDesignUnit.

There is more to discover in the BIOTOPIA Lab: 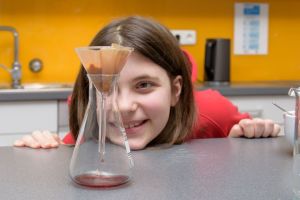 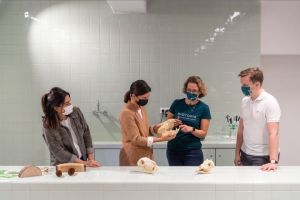 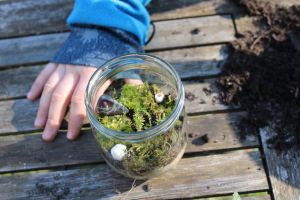 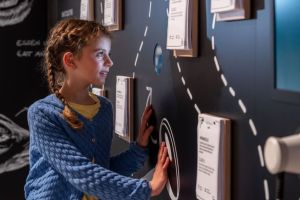 BIOTOPIA activities for at home

With an exciting hands-on program, the BIOTOPIA Lab can also be experienced at home. Instructions, experiments and do-it-yourself concepts bring "hands-on science" into your own four walls. BIOTOPIA Lab@Home awakens interest in scientific relationships and provides inspiration for young and old. It gives a taste of the activities in the BIOTOPIA Lab - from bottle gardens or growing your own mushrooms to isolating DNA from vegetables or fruit. Browse the website and find the right experiment for you!